After an unsuccessful application to the Amsterdam Enterprise Chamber [Ondernemingskamer], Elliott Advisors tried again, this time to the provisional relief court. At stake was again the convening of an extraordinary general meeting of shareholders to vote on the dismissal of chairman Burgmans.

I already wrote about the unsuccessful attempt of, among others, shareholder Elliott Advisors that requested the Amsterdam Enterprise Chamber to compel AkzoNobel by means of immediate measures to convene an extraordinary general meeting of shareholders, which was desired by Elliott. Elliott wanted this meeting in order to vote on the dismissal of chairman Mr Burgmans. In its opinion, it was Burgmans who was responsible for refusing – which was unjust according to Elliott – to enter into a dialogue with PPG about the takeover proposals from the American industry partner.

Provisional relief court
However, Elliott was sure to find more than one hole to creep out of and on 7 July 2017, together with several other shareholders, it requested the Amsterdam court to allow that an extraordinary meeting is convened, having as item on the agenda Mr Burgmans’ dismissal. I already outlined this alternative possibility in my earlier column on AkzoNobel, in which I observed that Elliott did not hold enough shares to apply to the provisional relief court without support.

Although AkzoNobel has partially complied with Elliott’s wish when it convened the meeting still, Elliott regarded this action, according to the court’s ruling, as an attempt to block its path. The fact is that Mr Burgmans’ dismissal was not put on the agenda, and the period for convening the meeting was such that the shareholders were no longer able to present additional items subject to the prescribed period, according to Elliott.

Comparison with the BV regulation
The regulation for the BV differs from that for the NV or listed NV as described above, in the sense that for BVs, the threshold is one percent or less if so determined by the articles of association. Furthermore, it counts for BVs that no extraordinary meeting needs to be convened if there are compelling reasons for the company for not doing so. The term for convening an extraordinary meeting after the shareholders’ request is four weeks for BVs and six weeks for non-listed NVs.

AkzoNobel’s defences
What has happened with Elliott since? It follows from the ruling of the provisional relief court of 10 August 2017 that Elliott filed the application for authorization to the provisional relief court together with co-shareholder York. Together, they just obtained the required ten percent. However, AkzoNobel believed that Elliott’s and York’s application was not admissible, because as applicants, they did no represent the required ten percent at the moment of the shareholders’ request (10 April 2017) and when the application was made (7 July 2017).

AkzoNobel’s second defence was that the shareholders’ request was made under different circumstances and was reasoned differently than the request for application. This defence too was not honoured. The court found that it has been established that also now, the board of directors and the supervisory board were not willing to put Mr Burgmans’ dismissal on the agenda and, what is more, there was ‘sufficient connection’ between the initial reasons and those put forward at present. This links up with the way in which the Amsterdam Enterprise Court deals with the ‘obligation to complain’ that counts for applications for an investigation.

Thirdly, AkzoNobel argued that the request must be rejected because the Amsterdam Enterprise Chamber had already assessed this by ‘rejecting the same request in its decision of 29 May 2017’. The provisional relief court also disregarded this defence: The request to the Amsterdam Enterprise Chamber had another assessment framework than the present request to the provisional relief court, said this last court.

Elliott and York argue that accounting for the reaction on the takeover attempts from PPG can only be enforced sensibly if also the dismissal of a director or, as in this case, a supervisory board member is put on the agenda. However, the provisional relief court finds that under the principles of reasonableness and fairness, a resolution on a sanction may only be put to the vote after this is accounted for and an exchange of ideas has taken place in the general meeting or extraordinary meeting. This is why the provisional relief court finds Elliot’s and York’s request as premature.

Relevance and future
This ruling, just like the decision from the Amsterdam Enterprise Chamber, is relevant for BVs and non-listed NVs that are confronted with shareholders wanting to interfere too actively in the company’s policy. According to the provisional relief court, before an authorization is granted to convene a general meeting on the dismissal of a director or supervisory director, the policy conducted by that director or supervisory director must come up first.

By the way, on 16 August 2017, AkzoNobel announced to bury the hatchet for the time being. The proceedings before the Amsterdam Enterprise Chamber, in which the next hearing had to take place on 20 September 2017, were suspended for at least three months.

Should the above give rise to any questions, please contact mr. J.A.J. (Joop) Werner. 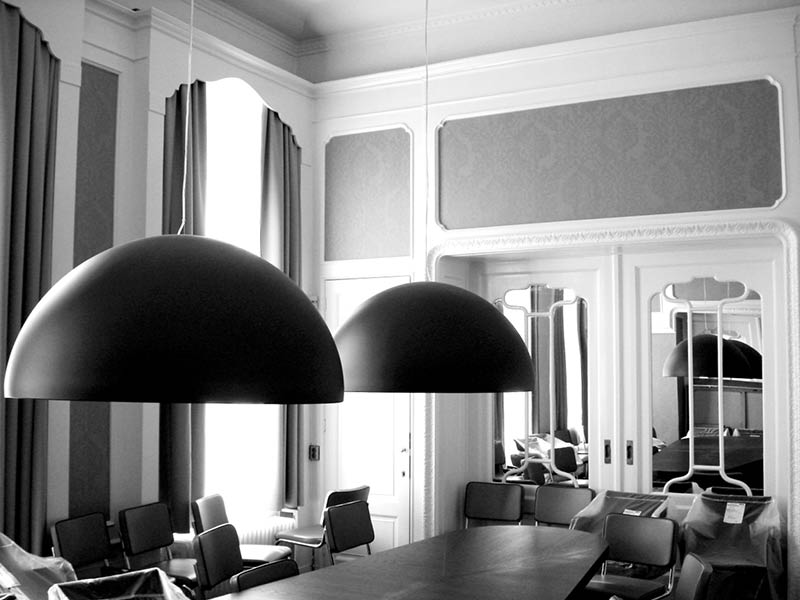