Who is entitled to appoint new supervisors?

Unlike an association, where the general membership meeting (GMM) exercises control over the board pursuant to the law, a foundation does not have a body that supervises. The foundation is free to set up its organisation as it sees fit, and a Supervisory Council (SC) is not obligatory (see box). If the latter has been set up, the foundation may determine itself which powers should be given to the council. These powers are included in the articles of association, in which it is often determined that the Supervisory Council appoints, suspends and dismisses officers. It is also possible to include that important board resolutions, for example with regard to the spending of large amounts or the dissolution of the organisation, require the approval of the supervisors.

Association
Apart from the board, an association always has a general membership meeting. The GMM appoints the association’s board. This is mandatory law, so you must not deviate therefrom in your articles of association. The members of the association (automatically) constitute together the GMM. They do not need to be appointed in their positions; this serves as a guarantee for the continuity of the association. Should, at any given time, there be no officer anymore in office, then the GMM may appoint one or more officers, whether or not from their number. For that matter, the association is also free to set up a Supervisory Council. This could be attractive if there is a large absence at the general membership meeting, due to which almost no supervision will be exercised on the board. The GMM usually also appoints the members of the Supervisory Council.

Appointment
Often, a board alone is set up for a foundation, and the articles of association determine how the new officers are appointed. Such stipulations under the articles of association can differ enormously per foundation. It happens that a third party appoints the officers, such as a coordinating national organisation. These could include a national foundation with regional departments, as is often the case with care, sports or sector organisations. Mostly, however, the current board itself appoints the new board members. We call this co-option. However, with a foundation, contrary to an association, it is not at all always certain that such a body or authority is still available to proceed to the appointment. It is possible that the national organisation ceases to exist or merges with another foundation. Or, in the case of co-option: all current board members have already resigned and no new board members can be appointed. In that case, the foundation is at a deadlock.

Provision
Fortunately, the law contains a provision in the event that the foundation is at such a deadlock and has no board anymore. The fact is that if there is only part of a board or no board at all, and the articles of association do not offer any solution, the court may appoint one or more officers at the request of an interested party, for example a former officer. The interested party may then also make a proposal for the new board, which proposal is often taken up by the court. What about the Supervisory Council of a foundation? If there is a Supervisory Council, the articles determine who will appoint the new supervisors. As with the board, another authority or the current supervisors (by co-option) may appoint new members of the Supervisory Council. But what to do when the other authority is no longer there or if there are no supervisors in office to appoint new members of the council? In that case, the law has not foreseen in any statutory provision for the Supervisory Council, which exists for the board indeed and at which the court may appoint new members. It has been uncertain for a long time of whether the court may also appoint supervisors under the statutory provision for officers.

Case law
This lack of clarity came to an end with the judgment that was recently published (ECLI (summarized): 6513), where the Gelderland Court ruled that the judge was not entitled, without a legal basis, to appoint the supervisors of a foundation. In the present case, a foundation was concerned that offered mental healthcare to persons of the reformed community. Under the articles of association, there was a Supervisory Council. The members of the council were appointed by the council itself. Furthermore, the council had to grant its approval to certain board resolutions, including the resolution to amend the articles.

Amendment
The board then took the matter to court, adopting the point of view that in the law, ‘board’ also had to include ‘Supervisory Council’, so that the court could appoint new supervisors. The court, however, found that officers and supervisors have a different position and one could not tar everything with the same brush. Since there was no legal basis, the court was not able to appoint a new Supervisory Council. Bad news for the foundation. The board then tried another approach and requested the court to amend the articles of association. The fact is that the law offers this possibility if maintaining the present articles brought about consequences that the foundation could reasonably not have wanted at its incorporation. In this case, maintaining the present situation would result in not having any supervisors, which was not intended at the incorporation. What is more, the foundation would then no longer comply with the Healthcare Governance Code. The court therefore decided that a partial amendment of the articles was allowed, adding as follows: if there is no Supervisory Council at all, the board must appoint new supervisors as soon as possible.

Should the above give rise to any questions, please contact mr. drs. R.X.J. (Xander) Blokzijl.

For some organizations, foundations as well as associations, the appointment of a Supervisory Council is required under special legislations. These include health care institutions (Health Care Governance Code), housing associations (Housing Act) or schools (Primary Education Act). With such social institutions, the government and sector organizations believe that it is obviously undesirable if the board was to go its own way in an uncontrolled manner. 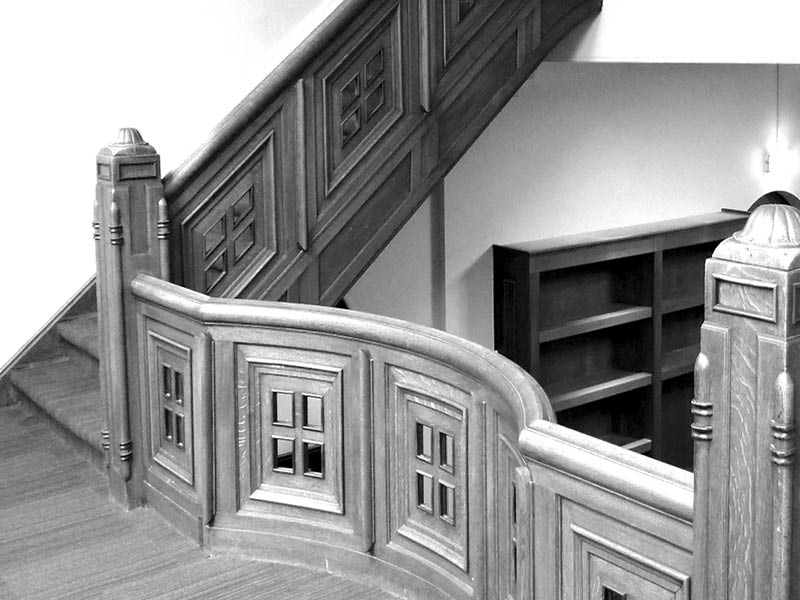